Discussion of the Land Reform Road Map in Cherkasy 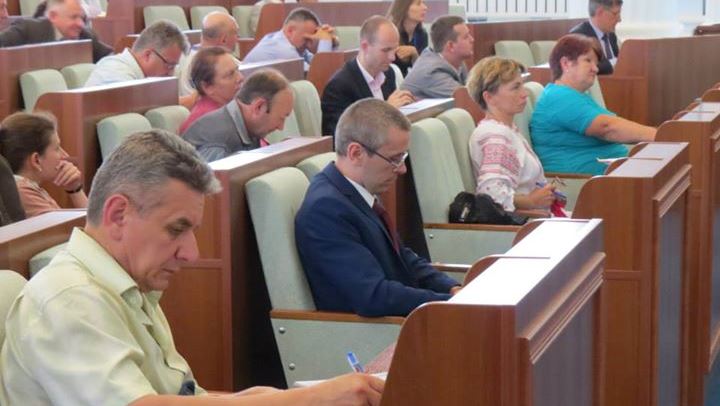 Discussion of the Land Reform Road Map in Cherkasy

Recently, there has taken place in Cherkasy the first regional discussion of the land reform road map with the participation of independent experts, representatives of profile ministries, farmers, and land share owners. The land reform is one of the priority reforms and programs defined by the Sustainable Development Strategy for Ukraine by 2020, approved by the Decree of the President of Ukraine No. 5/2015 of January 12, 2015.

Also, changes have been made to the Law of Ukraine on Land Lease in relation to defining the substantive terms of the lease agreement. Such terms include:

– Term of the lease agreement.

– Rent with indication of its size, indexation, settlement method and terms, rental periods, order of its introduction and review, and responsibility for its non-payment.

The land lease agreement may involve leasing several land plots that are owned by the same lessor (while in case of state and communal lands these are the land plots that are possessed by a single executive power body or a local self-government body).

The term of lease of agricultural lands for carrying out commercial agricultural production, running agricultural holdings and private farming cannot be less than 7 years.

The right to use the land plot arises from the moment of state registration of these rights.

Also, a law was passed on the definition of the structure, content, and procedure for approval of land management documentation, which:

– Determined the list of subjects that coordinated and approved specific land management documentation.

During the last six months, many legal positions regarding land legal relations were set forth in decisions of the Supreme Court of Ukraine.

The grounds violating the lessee’s priority right are:

– If the lessor has entered into a lease agreement with the new lessee at the time when he/she received a written notice from the previous lessee about the intention to renew the lease agreement.

– If the lessor has entered into a lease agreement with the new lessee on the same terms as proposed by the previous lessee when he/she intended to renew the lease agreement.

Normatively, the land monetary valuation is obligatory for determining the size of the rent for state and communal lands.

In addition to all changes already made to the normative legal acts and legal positions of the Supreme Court of Ukraine, there are still projects that are waiting to be implemented. In particular, it is a draft Law of Ukraine On Land Consolidation and a draft Law of Ukraine On the Land Market, which, if adopted, will make significant changes in the agro-industrial sector. These projects are aimed at working out a complex of measures in an economically reasonable unifying the plots of all forms of ownership, that are designed for carrying out commercial agricultural production and farming, formed in the process of allocating in kind (on-site) land shares, and/or change of their boundaries, farming areas to create agricultural lands, the location, size, configuration, and composition of the areas of which provide sustainable land use.

So, as we see, the road to reforming the agrarian sector is long and thorny, but without change there is no future.