Trends in the Country’s Industrial Development were Discussed in Kyiv 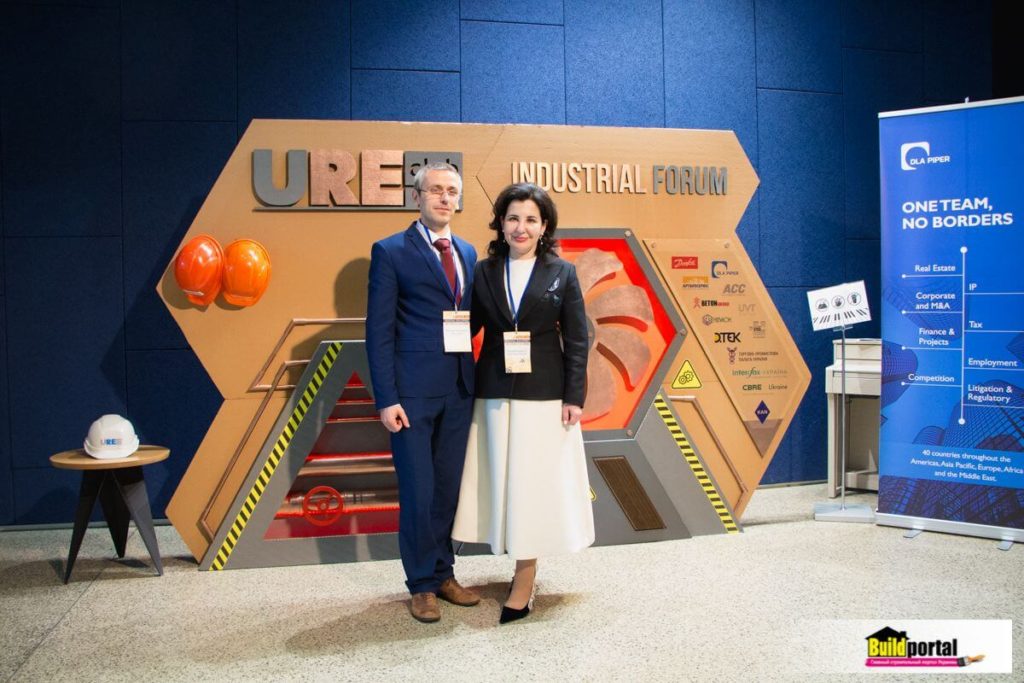 Trends in the Country’s Industrial Development were Discussed in Kyiv

At the end of April, Kyiv brought together lawyers and real estate experts at the first Industrial Development and Construction Forum.

The event was intended to discuss the issues of industrial real estate in Ukraine and, at the same time, to pay attention to both positive and negative trends in that sphere. Maxim Polishkevych, lawyer, Managing Partner of the Rezultat law firm was also involved in discussing the problems and prospects of industrial development and construction.

At the opening of the event there spoke Ihor Nikonov, President of KAN Development, Rostyslav Korobka, Vice-President of the Chamber of Commerce and Industry of Ukraine, Burak Pekhlivan, Head of the Turkish and Ukrainian Businessmen Association, Andrii Melnyk, representative of the Ministry of Economic Development and Trade of Ukraine.

The forum had several thematic panels for discussion. During the first one, the experts presented successful cases of industrial real estate

In particular, the speaker of that section, Nataliia Kocherhina, partner, head of DLA Piper real estate practice, prepared the analytics for the land market and industrial real estate development in Ukraine. Nataliia talked about the development of the country’s industrial and infrastructural potential, and also drew attention to the positive factors of that economy segment’s development. Thus, one of such positive examples, according to DLA Piper, was that since 2015, about 60 plants had been launched in Ukraine, more than 30 power plants on renewable energy sources had been connected, in 2017, elevators with a total capacity of more than 400 thousand tons had been put into operation.

The second section was intended to discuss the topic of construction and infrastructure projects. The speakers shared interesting cases and positive changes in the country. For example, Andrii Konechenkov, chairman of the Ukrainian Wind Energy Association, revealed the advantages and development prospects of the Ukrainian wind energy sector. Wind energy ranks 2nd in the structure of European energy resources and accounts for 16.7% of the total. In Ukraine, the share of energy produced from renewable sources is only 1.4%.

Andrii Antonenko, head of the UVT Group, and Serhii Mishok, Deputy Mayor of Zaporizhzhya, presented a case for the construction of a new airport terminal. The passenger traffic of Zaporizhzhya Airport had been increasing year by year and made 350 thousand people in 2017. The number of flights and airlines had also been growing. The strategic goal of the new project was to create a high-tech and progressive airport, increasing the region’s investment attractiveness.

At the end of the sessions, the forum participants continued the informal discussion on the topic of industrial development and construction in Ukraine.

Managing Partner of the Rezultat law firm Maxim Polishkevych notes that such events help to focus on the country’s development trends, while the cases discussed at such forums can be an interesting example for Cherkasy and Cherkasy district.

“The industrial construction market and its legislative regulation are constantly changing, therefore, such events are extremely important for maintaining communication between market participants. The forum brought together for a dialogue representatives of authorities, investors, and developers, which explained, by means of an example, the importance of development of industrial parks, alternative energy, and so on. In particular, the Nibulon company’s presentation became an excellent example of the agrarian sector and industry symbiosis.

In Cherkasy district, there have also been successfully implemented several industrial projects, while some are in the process of implementation. We are happy to accompany such projects. And events like this allow us to take on the best practices that we can apply for the benefit of our clients,” .